Update: Rockstar’s support page outlines the situation below with some additional context: 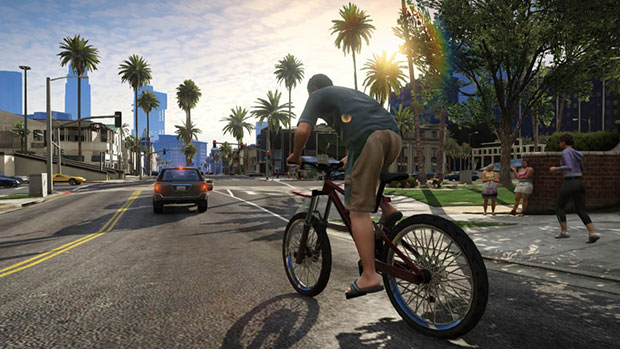 This initial install will require an Xbox 360 Hard Drive or an external 16GB USB flash drive with at least 8 GB of free space. If using a USB flash drive it must be at least USB 2.0 with a minimum 15mb/s read speed and formatted for Xbox 360 use. A new USB flash drive is recommended to ensure optimum performance.

Rockstar Games recommended against installing Grand Theft Auto V’s game disc to your Xbox 360 hard drive — it creates performance issues — but Digital Foundry has discovered a solution. Storing the installation disc’s data to your hard drive, and the play disc’s content to a USB drive, apparently smooths out any texture pop-in or lag problems. This allows your machine’s hard drive to worry about the install disc’s data.

Your best bet is, as usual, the bigger/faster the better — make sure your USB flash drive is at least 8GB. Double the space will go a long way in terms of making sure you have the size and speed necessary to make GTA V run at its absolute finest.

Check out the side by side comparison. While you’re at it, you can read IGN’s GTA V review or watch it below. What do you think? Did the USB trick work, or should we all just avoid installing the play data anywhere at all? Let your GTA V-playing friends know in the comments.