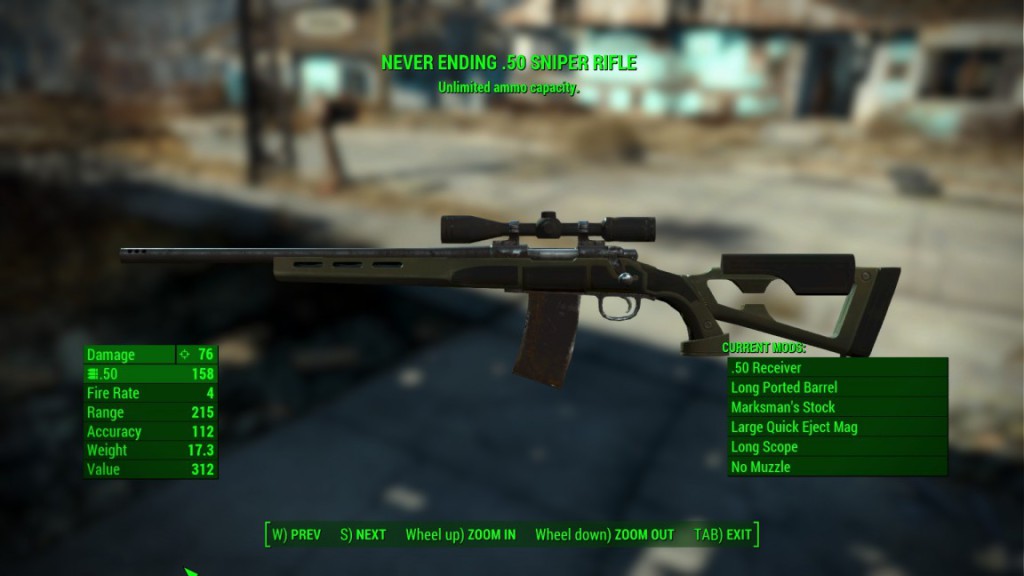 Okay so you’ve found a legendary weapon in Fallout 4 but what exactly does it do?

Hopefully this brief explanation of terms will help you when deciding what weapon to use and when.

Automatic : Adds an automatic fire mode to the gun..

Berserker’s: The lower your damage resistance, the higher the damage output of the weapon.

Bloodied: The lower the player’s health, the higher the damage output of the weapon.

Cavalier’s: Damage reduced by 15 percentage when sprinting or blocking.

Enraging: Critical Hits from weapons with this effect will cause the target to Frenzy.

Exterminator’s: Deals an additional 50 percent damage when used against Mirelurks, Radroaches and other bugs.

Furious: Deals more damage the more you hit the target.

Instigating: Deals double damage when enemy is at full health.

Junkie’s: The more the player is suffering from chem withdrawal effects, the more damage a weapon with this attribute does.

Kneecapper: You have a 20 percent chance to cripple a target’s leg.

Lucky Weapon: Your critical meter will replenish 15 percent faster, and cause Critical Hits to deal twice the damage.

Medic’s: Weapons with this effect will heal targets rather than hurt them.

Nocturnal: Weapons does less damage during the day, increased damage at night.

Plasma Infused: Deals an additional 10 points of energy damage plus a chance to turn enemy into goo.

Relentless: Get a Critical Hit and you’ll instantly refill your Action Points..

Staggering: hits have a change of staggering an enemy. Great on melee weapons.

Stalker’s: If you’re not yet in combat this will increase V.A.T.S. accuracy at the cost of Action Points.

V.A.T.S. Enhanced [1]: Improves the chance of a hit in VATS and reduces Action Points by 25 percent.

V.A.T.S. Enhanced [2]: A variation of the above, these weapons cause V.A.T.S. Action Point cost to reduce by 40 percent.

Wounding: Enemies take an additional 25 points of damage from bleeding.

PrevPreviousHow to find the Prototype Up77 Limitless Potential laser rifle.
NextDota 2: The balance of power update 6.86Next